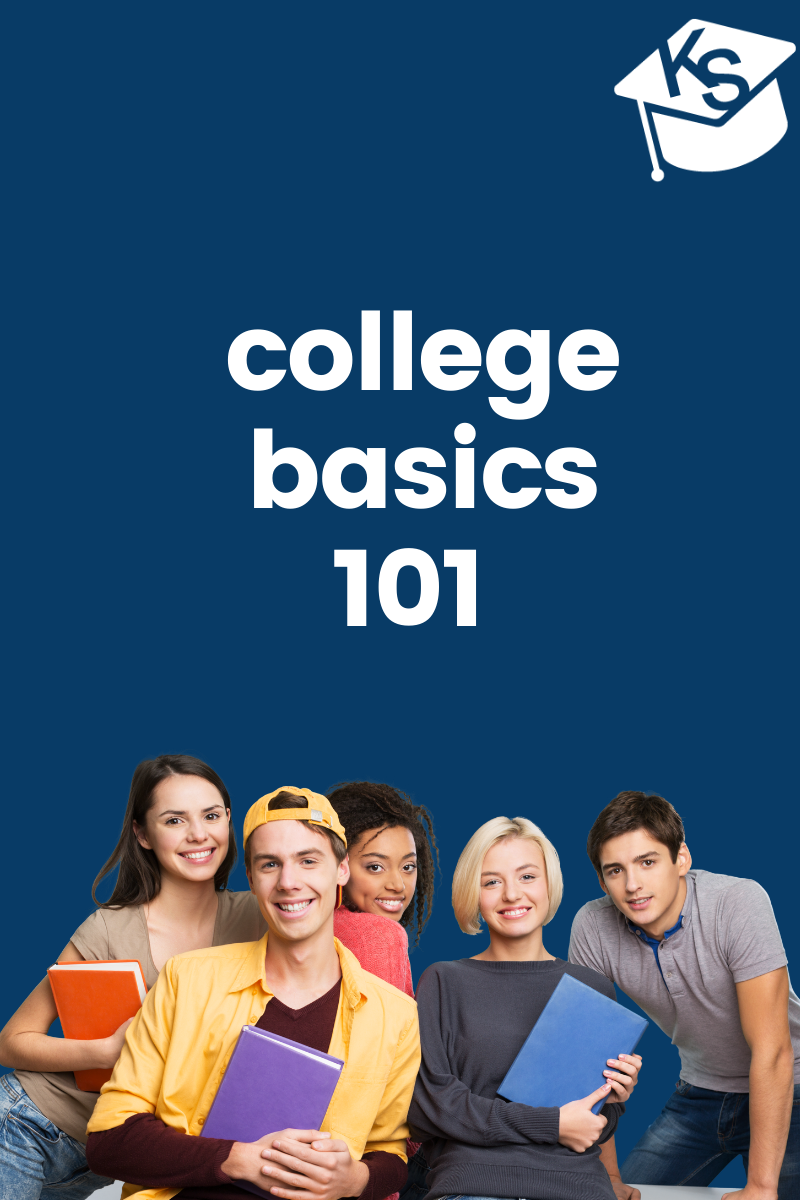 What is going to college really like? Many high school students get their “information” about college by following their favorite college sports team or watching movies such as Animal House or Pitch Perfect or visiting their parents’ alma maters during Homecoming weekends or reunions. Fun as these things may be, they are not usually the best source of information! As students start to think seriously about applying to college, they often lack the basic information they need to make informed decisions about what they want in their college experience—they ask me, “what does it mean to have major” or “what is a liberal arts college?” or “what! I’m only in class twelve hours a week?” So, here is some College Basics 101 to help orient juniors as they dig deep into college research.

Public institutions receive their funding from state and local governments and usually have a lower tuition, especially for students who live in that state. The most prominent public university in each state is often referred to as the flagship university. Other colleges or universities in the public system are often referred to as regional publics.

Four-year institutions offer a bachelor’s degree (see below) and can be either a university or a liberal arts college (see below).

Liberal arts colleges focus on undergraduate education and expose students to a wide range of academic subjects in the humanities, social sciences, arts, math, and life sciences. Most liberal arts colleges are private, four-year institutions that grant a bachelor’s degree; they tend to be small, residential, and focused on teaching.

Universities have both undergraduate and graduate students. Universities are often comprised of smaller subdivisions, for example, a college of arts and sciences (which approximates a liberal arts college within a university setting), a school of engineering, a business school, a school of health sciences, and professional schools (law, medicine) among others. Universities grant bachelor’s, master’s, and doctoral degrees. Universities can be public or private; they tend to be larger than liberal arts colleges and often focus on research rather than undergraduate teaching.

Special focuses – Some colleges have a specific niche or population of students. Examples include arts colleges, such as conservatories, single-sex colleges, religious colleges, or specialized-mission colleges, such as Historically Black Colleges and Universities (HBCUs).

This alphabet soup can get confusing! Here’s how it can get even more confusing: some colleges offer a BA and a BFA in the same discipline (for example music or theater) and others offer a BA and a BS in the same discipline (for example computer science). The admission requirements often differ depending on the type of degree a student prefers (for example, a BFA typically requires a portfolio or audition as part of the application). The emphasis of study also differs, so students need to understand not only what they maybwant to major in in college (see below) but the type of degree program they want to pursue.

According to Learn.org, “college credits measure the number of applied hours that are recognized for successful completion of a particular course of study.” In simpler terms, credits are a way of equalizing the time spent for each class and translate into the required number of courses students must complete to graduate from an institution. Some colleges and universities consider each course one credit (sometime a course, such as a laboratory portion of a science class counts as a half credit), while others consider each course three or four credits (depending on how often it meets). Students need to understand how many credits are required to graduate from a particular institution (they vary depending on the college/university and/or course of study) and whether any classes students took in high school (AP, IB or dual enrollment) “count” toward the total number of credits required to graduate.

Most, but not all, colleges and universities require students to take “general education” courses. These courses are typically taken in the first two years and usually comprise about one-third of all the courses students take in college. But the nature of general education requirements varies from institution to institution.

Most colleges and universities require students to “major” or “concentrate” in at least one discipline to earn a bachelor’s degree (even colleges with an open curriculum). Each major has its own requirements – and they differ from institution to institution, both in terms of the required number of courses needed to complete the major as well as whether there are any specific courses or course sequences that must be taken.  A student’s major is listed on their diploma and transcript.

Typically, between one-third to one-half of the courses a student takes in college will be in their major.

Most colleges allow students to “minor” in a discipline (and some even require it). Minors can be in a discipline complimentary to a student’s major and add an interdisciplinary link, but they can be in an unrelated discipline where students have a special interest or passion.  Students typically take fewer classes to satisfy a “minor” than a “major.” Minors may not be listed on a diploma but are usually included on a transcript.

Semester vs. Quarters vs. Blocks

Most colleges follow either a semester or quarter system.

Colleges with a semester system have two 15-week or 16-week terms, and students typically take four or five courses each semester.  Semester-based colleges typically start the fall semester in late August or early September, conclude exams before winter break and have a five or six-week long winter break. Spring semesters typically start in late January and conclude in mid-to-late May.

Colleges with a quarter system have four 10-week terms and students typically take three courses per term. These colleges often start the fall quarter in mid-September, conclude it before Thanksgiving and have a winter break that extends from Thanksgiving to early January. Winter quarter begins in early January and concludes in March. Following spring break, the spring quarter runs from mid-March to mid-June. Many of these colleges also offer a summer quarter, and some, such as Dartmouth College, require that students attend one summer quarter.

Some colleges, such as Colorado College, have a “block” plan which lasts for three and a half weeks, and students take one course per block.

There are pluses and minuses to each schedule—some students prefer to take fewer courses over a shorter amount of time while others prefer the learning pace of semesters; some students do not mind studying for final exams three times per year (or more often if a block plan), while others prefer to keep the stress of exams to twice a year. There is no right or wrong, but students should consider which schedule works best for them.

Many semester-based colleges offer a mini-term during the extended winter break. Courses during the January term resemble “block” courses—two or three weeks long and intensive. Some colleges, such as Williams College, require students to take courses, engage in research or participate in experiential learning during January terms.

College students spend about 12 to 15 hours in class, compared to about 30 hours for the typical high school student. While college students spend time preparing for classes, completing assignments, conducting research, writing papers, and studying for exams, they have considerably more unstructured time than they did in high school.  Students often take time to adjust to this new schedule!