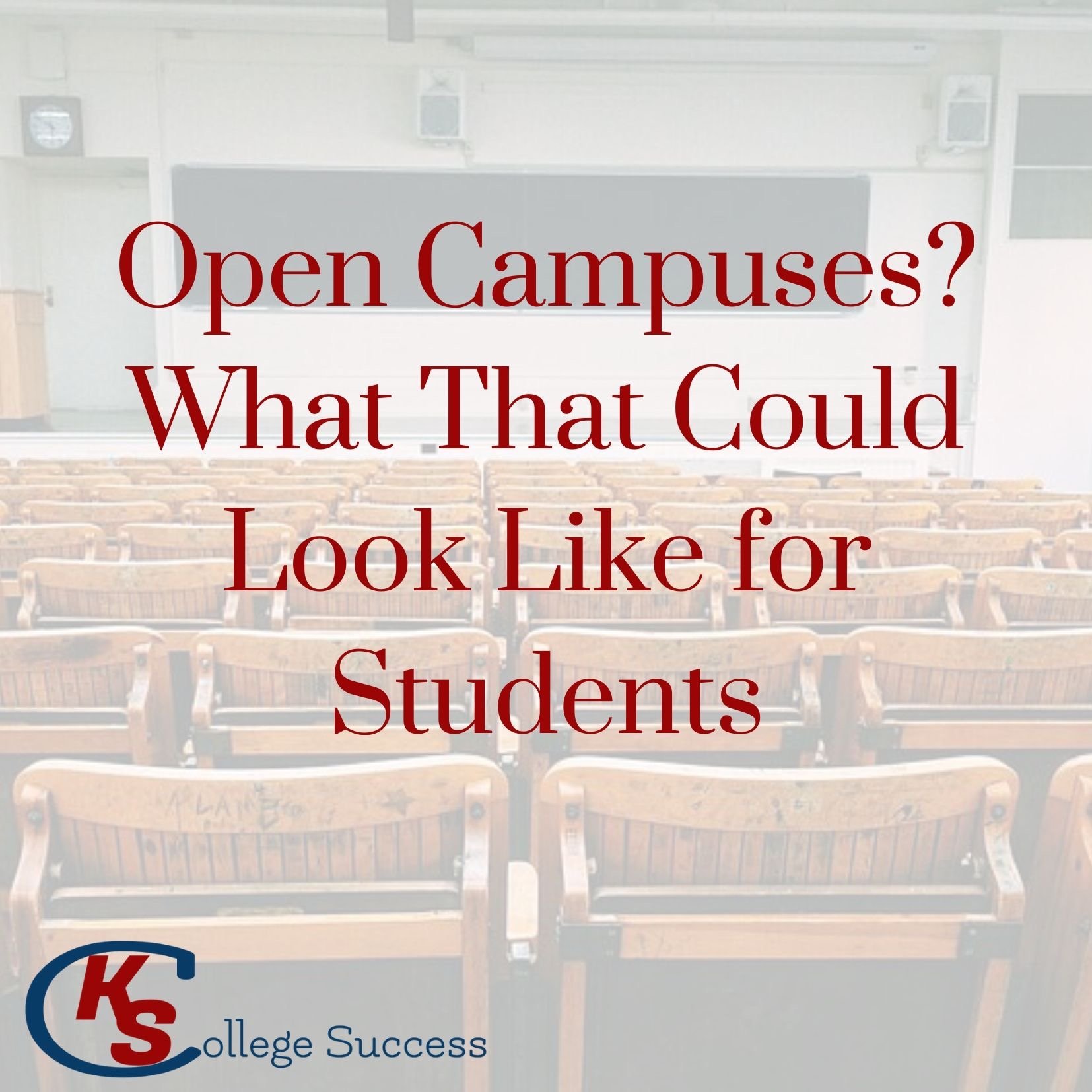 02 Jul Heading Back to Campus in 2020: What Exactly Will That Look Like?

Posted at 14:40h in Uncategorized by Katharine Sonnenberg

Unfortunately, campuses will not be the busy, fun gathering places that students are used to, as social distancing protocols will, at a minimum, be the norm. Common spaces, like libraries, student centers and gyms, are likely to be closed or “by appointment only.” In addition to the obvious – like wearing face masks in class and installing hand sanitizer in classrooms and around campus – schools are also going to great lengths to update sanitizing protocols.

And there is no one-size-fits-all structure. Since campuses have varying degrees of accommodations available, discussions will have to encompass everything from dorm rooms for students to live in, to classrooms and study areas for them to work in, to places for them to eat safely. Even sink/shower/toilet assignments may be made for those sharing bathrooms. There could be as many scenarios as there are campuses! And schools will need a few sets of plans if/when things get better/worse. It’s exhausting just thinking about it.

Once students have returned to campus, as Ramapo College in New Jersey posted on its website, even the most “mundane” activity will look different.  Whether it’s grabbing a latte at Dunkin’, hosting a group study session, working out, popping in on your advisor, arranging desks in class, or handling lab equipment—there are countless activities like these that, in the past, had the luxury of informality. Now, even these generally mundane activities are subject to formal consideration and precautions, according to Ramapo’s website.

Many schools count on a certain percentage of students to study abroad each semester, and now there is a scramble to find beds for these students whose programs have been cancelled. Notre Dame told its “displaced study abroad students” they had three options for housing: they could enter a lottery to fill a bed in their “home hall,”choose a bed in another residence hall, or live off-campus.

Some colleges are working on negotiations with area hotels to house student overflow, both from the cancelled study-abroad programs and because the typical scenario of “forced triples” for so many first year students just can’t work anymore in our socially-distanced world. Skift, a newsletter for the travel industry, reports that “Hilton Hall” might be an option all over the country, as the hotel chain is in talks with various universities.  Hilton Senior Vice President of Worldwide Sales, Frank Passanante, told Skift that they have been “talking to universities for several weeks.”  He said, “we’re working hard to understand what they’re trying to accomplish, what decisions they’re having to make, and how we might play a role in helping solve those problems.”

As for the makeup of the actual classes, the University System of Maryland and many other schools are planning a “hybrid” of on-line and in-person classes. At University of California at Berkeley, for example, students will not be required to take in-person classes or be present on campus for the smaller discussion sections. Almost all their academic offerings, including those with in-person instructional activities, will also be remote.

In fact, some college students are receiving their schedules only to learn that all but one or two of their classes will be held online, and they are wondering if it is “worth it” to pay for room and board for what is, essentially, on-line learning.  That said, and a topic for another post: there is value in just being away at school –  college is about so much more than the classes students take. It’s also about the importance of living on their own, the social skills they learn at school, the friends they make, and the experiences they share, even if they are now Covid-19 impacted.

Start dates are also in flux: Some schools will be opening their doors later than usual. The president of Ithaca College in upstate New York told its community, “as time passes, I know that other institutions and schools may announce that they are planning to open the fall semester sooner than we are. But by putting a stake in the ground — right now — for an October 5 start at Ithaca College, we are intentionally delivering necessary time for all of us to plan, prepare, and thoughtfully align toward a common goal as this public health crisis continues to evolve.”

Many other schools will either start on time or a week or so early, but have cancelled fall break and will end the fall semester at Thanksgiving so that students don’t go home, get exposed to new people, and then return to campus and create a giant petri dish of germs. Michigan State, Miami University of Ohio, Purdue University in Indiana, Rice University in Texas and many other schools have issued statements that the fall semester would not have the usual breaks, ending at Thanksgiving instead of around Christmas.  “This was done to minimize the mass exit and return of students these breaks created,” Purdue said in a statement.

And what about those students or faculty who are immunocompromised and are not comfortable being in a public setting? Boston College, in a letter to students and families said, “ To accommodate those students who will be unable to return to campus, and those faculty who are at higher risk for infection due to preexisting health issues, age, or pregnancy, we will offer–in addition to our on-campus, in-class courses–a mix of synchronous remote and fully online, asynchronous courses.”

A new buzzword–to “dedensify” is now in the lexicon as schools like Stanford make plans to stagger hours of instruction by holding classes both earlier in the morning and later in the day to reduce the number of people in a classroom at any one time.

Last month, more and more states required that visitors from the states with the highest level of COVID-19 cases quarantine for 14 days when they enter. That is hardly possible in a campus setting with students coming from all over the country.  If this is still the norm, what impact will that have on schools, and what can it possibly look like?

The final word has yet to be written here. Stay tuned.