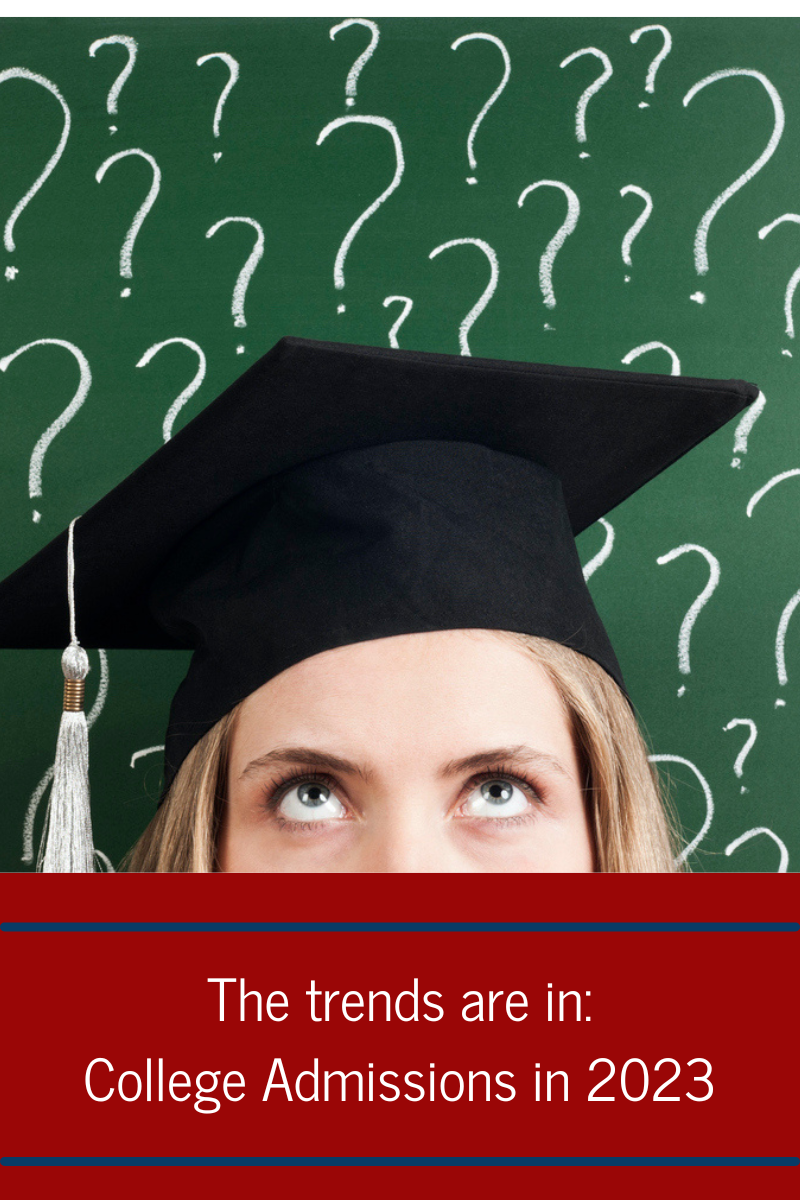 As high school juniors start to focus in earnest on applying to college, they should keep a few things in mind for the 2023-2024 application cycle.

In addition, selective colleges like Bowdoin and Dartmouth announced in 2022 that they were expanding their need-blind admissions policies to international students, which will likely increase applications at those schools.

While bracing for a Supreme Court decision that changes how institutions may legally consider race or ethnicity in admissions, colleges’ and universities’ values and priorities will not change: diversity matters in higher education. Colleges and universities will look to states like California and Michigan, which have been barred under state law from considering race in admissions, to guide them in crafting admissions policies that will allow them to continue to admit a class of students that reflects the diversity of the country in which we live.

While most colleges and universities are likely to remain test optional for the 2023-2034 application cycle (notably, MIT and Purdue announced they will require tests), the middle 50% of test scores will likely continue to creep up since only students with high scores are submitting them. That said, high test scores are a plus in admissions. Although colleges and universities are not fully transparent about how many applicants they admit with and without test scores (and how that corresponds to the percentage of applicants who submitted scores), according to CollegeVine, two-thirds of successful college admits submitted test scores that were above the middle 50% at that college.

Unfortunately, there is no “one-size-fits-all” rule for deciding whether to submit test scores as part of the application. Students need to make a college-by-college determination based on their academic performance in school, their test scores, and the test score range at each college to which they apply.

Academic performance in school remains the most important part of the admissions process. This is not just a student’s GPA but the rigor of their courses in their school context. Colleges like to see students take increasingly rigorous courses and challenge themselves across all disciplines. Significantly, a student’s performance in class will get heightened scrutiny in the absence of test scores. I continue to recommend that students take all five core subjects—English, math, social studies, science, and foreign language—for all four years of high school.

At selective colleges and universities, how students spend their time outside of class matters! A dean at a highly selective college once famously said they get to choose the interesting from among the intelligent. Students need to be involved in extracurricular activities that matter to them and have deep engagement in them. It’s not about showing up at meetings—it’s about having an impact in their school or community. It’s also important to remember that jobs and meaningful family responsibilities “count” as activities in college admissions.

The Common App personal essay and college-specific supplemental essays are important to college for several reasons. The essays allow the admissions committee to assess a student’s ability to write—whether a STEM or humanities student, writing is critical to college success, and admissions officers want to be confident that an applicant is up to the challenge. Above all, they are the student’s opportunity to share what matters to them in their own voice. Essays that weave together a student’s personality, values, and priorities make them three-dimensional. It’s much harder to deny a person than an application—so students want their application to “pop,” so the admissions officer wants that student on their campus.